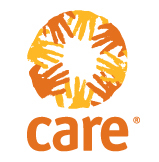 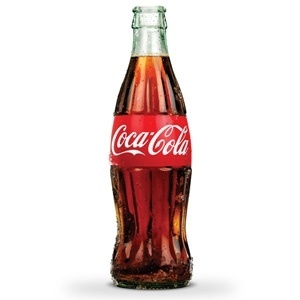 In its continuing frenzy to silence potential critics, Coca-Cola issued a press release today that announced the following:

Helene D. Gayle, M.D., M.P.H., has been nominated to stand for election to the Company’s Board of Directors at its Annual Meeting of Shareowners in April.

Why in the world would Dr. Gayle want to sit on the Coca-Cola Board of Directors when Coca-Cola’s export of non-nutritious, sugary drinks to the world’s poorest countries is causing a new set of chronic health problems for those living in poverty — including obesity, heart disease, diabetes and dental caries (cavities)? The U.S. is already dealing with the phenomenon of our food insecure families suffering from obesity, thanks in good part to overconsumption of cheap soft drinks that are heavily marketed in our poorest communities.

Surely Dr. Gayle must have seen this startling statistic: For each additional sugary drink a child consumes per day, his or her risk of obesity increases by an astonishing 60 percent.*  That applies to children living in poverty as well.

When it comes to understanding curious corporate partnerships, you need to follow the money. Not surprisingly, Coca-Cola is listed as a “key partner” on the CARE website.  Here is CARE’s description of their corporate partners:

And also not surprising – a Coca-Cola executive sits on the CARE board – Alex Cummings, Executive Vice President and Chief Administrative Officer of the Coca-Cola Company.

From her bio on the CARE website, we learn more details about Dr. Gayle, a well-educated medical doctor and Master of Public Health, who runs this respected global anti-poverty organization:

She is a member of the Council on Foreign Relations, the American Public Health Association, the Institute of Medicine and the American Academy of Pediatrics. Dr. Gayle currently serves on the President’s Commission on White House Fellowships and the U.S. Department of State’s Foreign Affairs Policy Board.

Three of the organizations that Dr. Gayle cites above, the American Public Health Association, the Institute of Medicine and the American Academy of Pediatrics have spoken out emphatically about their concerns with the overconsumption of soft drinks and their contribution to obesity and related chronic diseases. Yet, this doesn’t seem to have made an impact on Dr. Gayle.

Muhtar Kent, Chairman and CEO of The Coca-Cola Company says this about Dr. Gayle:

“Helene brings a global mindset and a deep understanding of health and humanitarian issues to our Company.  Her expertise and insight will be invaluable as we continue to expand our global initiatives around sustainability and women.”

I suspect Mr. Kent wants Dr. Gayle on the Coca-Cola Board for other reasons. When companies like Coca-Cola donate money to non-profits like CARE and form cozy relationships with their leaders, they do so because they want their brand associated with something charitable.  Coca-Cola’s association with CARE gives it positive press, particularly in emerging markets, and helps create a positive public perception about the brand, which can lead to increased sales.

In Michael Moss’ New York Times Magazine article, The Extraordinary Science of Addictive Junk Food, he quotes a former Coca-Cola executive, Jeffrey Dunn, who feels remorse for the time he spent in Brazil, pushing increased consumption of Coke among the many Brazilians living in poverty. According to Dunn, the company’s strategy was to offer Coke in more affordable 6.7-ounce bottles, at 20 cents each. On one trip, as he walked through an impoverished community in Brazil, he had an epiphany:

“A voice in my head says, ‘These people need a lot of things, but they don’t need a Coke.’ I almost threw up.”

Dr. Gayle, the last thing the impoverished people you work with need is a Coke.  By accepting Coca-Cola’s funding and serving on their Board of Directors, you are helping to sell Coke to the very people you want to help. Do the right thing and withdrawal your nomination to serve on Coca-Cola’s Board.  And have CARE stop accepting funding from the Coca-Cola company.  You and CARE are complicit in helping Coca-Cola market their unhealthy drinks to the very people who need them the least.