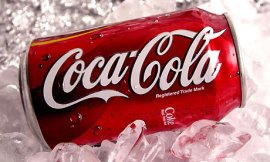 According to the Ottawa Citizen:

In identical letters, they wrote that the health department could “undermine efforts to find meaningful solutions” to the fact that too many people, especially children, are overweight.

“Coca-Cola Refreshments Canada strongly opposes any program that uses taxpayer dollars to unfairly target our products and mislead consumers,” they wrote. “We expect Ottawa Public Health, as a public institution, to be a source of neutral and unbiased information for consumers.”

Strangely, the Coca-Cola letter writers neglected to mention one interesting fact that would reveal their bias, according to the Ottawa Citizen:

…Coca-Cola has exclusive rights to soft-drink business in Ottawa city buildings thanks to a five-year deal struck last year. Coca-Cola paid $135,000 for those rights and gives the city a share of sales that’s expected to amount to $90,000 a year.

Even stranger, the over-the-top assault on an Ottawa HEAL program, that has yet to be launched, makes the Coca-Cola executives look misinformed, paranoid and just plain stupid. The Ottawa Citizen reports that  city health professionals insist Coca-Cola products were not going to be targeted:

“We’re not targeting (Coca-Cola),” he said. “They’ve obviously targeted themselves.”

The point of the campaign will be to promote healthier eating and physical activity in general, Fleury said, not to demonize particular products.

Dr. Isra Levy, the city’s top public-health official, said it may not even prove to be a campaign at all, but rather just a stepping-up of messages that health officials had used for decades about good nutrition and exercise.

Open mouth, insert foot.  In their zeal to preempt something that wasn’t even going to happen, in order to protect their profits, Ottawa Coca-Cola executives shined a bright light on their true intentions — to badger and bully elected officials to get their way.  This tactic, along with deep pocketed campaigns to oppose sugary drink taxes, limits on foods marketed to children, sugary drink portion caps and menu labeling, has served Big Soda well in the U.S. Sounds like Canada will get the same treatment.

Coca-Cola’s suggestion that an Ottawa HEAL initiative would “undermine efforts to find meaningful solutions” is laughable.  Coca-Cola has offered no meaningful solutions to the obesity epidemic except to suggest that lack of physical activity is the real problem (it isn’t) and to urge consumers to exercise personal responsibility, even as Coke spends billions yearly marketing their unhealthy drinks to adults and children.

The good news in all this is that it’s clear Coca-Cola and Big Soda are running scared. Sugary drink taxes continue to be introduced around the U.S. and New York Mayor Bloomberg’s 16 ounce sugary drink portion cap will likely be passed by the city’s Board of Health. Ottawa’s HEAL initiative, while not targeting specific products, will create awareness of the components of a healthy diet — and sugary drinks won’t be on the list.

Big Soda’s reign of terror over elected officials has allowed companies like Coca-Cola to fend off sugary drink taxes and education programs, as well as policies that would limit marketing of junk food to kids. Coca-Cola Ottawa’s desperate attempt to muzzle the HEAL initiative, shows once again that the health of adults and children is of little concern to the soda industry.